I had a different article planned for today, but following a slim majority result of the referendum for Great Britain to leave the EU, I had a moment of dismay followed by brief panic – what will the effect be on arts and other creative production in the UK? Take a breath, I said to myself, pan-European arts and cultural projects must remain essential in the coming years – and here’s why.

Artists must be leaders

No matter your beliefs, the Brexit vote to leave the EU wasn’t pretty… from the damaged economy in which TRILLIONS of dollars in the world market vanished in minutes, to a spike in hate crimes all over the UK (too many of which were aimed at immigrants), right now undoubtably millions of people are watching the UK with increased fear and anxiety for their families, their jobs, their future.

So how can artists help? We draw, we sculpt, we sing, we perform… and now we must be leaders, too. One way we makers can make a difference between the good ship Britain sinking or floating is to ardently maintain our creative connections across the channel.

There are right now hundreds of cultural and/or creative projects between British artists and their European partners, and these are to be critical over next few years of political posturing between nations because, first and foremost, we must keep the lines dialogue open between ourselves and our continental neighbours. As an artist and a writer, I am ever-curious and delighted by the astonishing creativity in problem-solving, story-telling, and revelations of truth from my artistic compatriots…I doubt very much that our political leaders will do as much for us, so we artists need to keep the means available for cross-cultural and cross-border alliances.

Not only that, but I really really want to know what’s going on in other countries. Not just because I’m nosy or anything but because I need to know what’s happening beyond my own front door. We all need to know each other, not just ourselves, so as not to build walls between us. Speaking of walls, from Berlin to the West Bank, let’s recall when barriers are built instead of biennials, the long-term view is, walls end up as nothing good.

If I can’t see or speak to my neighbour because or distance or heights between us, ignorance lends itself to fear which soon leads us to hate each other. And to things like Brexit.

Artists are often “society’s conscience” and our work can be a powerful tool to beautify our surroundings, to share compassion, or bear witness, as well as provide truthful critique. Through collaborations across borders, citizens will continue to benefit from debate and critique of UK government and of the EU. The more we know, the more powerful we are to become agents of change, of positive change.

And do we need to be reminded again and again that diversity is proven to be better in education, workforce, and, of course, the creative industry? Imagine all books, films, and even art exhibitions authored by only white British males and these would soon become rather dull affairs. Another way to put it, we need all the cellos, violins, flutes, oboes, horns, altos, sopranos, and tenors to produce a Mozart opera that anyone with ears can enjoy, otherwise it’s just lines and dots on a page that no one can hear and only a few people can read. We must find ways to keep the doors open to facilitate many different kinds of art and artists coming to the UK, and for us to make work in Europe. 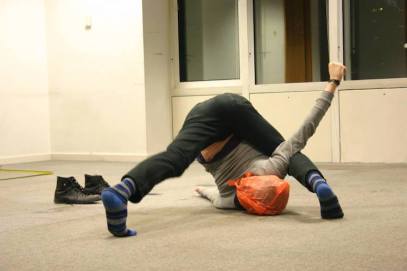 Whether your vote was “Leave” or “Remain”, both camps continue to spew “facts” left and right, but perhaps we should instead focus on the bigger picture, the long-term effects. What we must keep in mind is that open dialogue is always greater than just shutting the door in each other’s faces.

Keep on keepin’ on, artists!

So how can we continue to go forward? Obviously, artists must work out as many opportunities as possible to collaborate. One such project right now underway (and in the interest of disclosure, it’s one that I’m in) that involves cultural exchange between Polish with British artists, called “Connect:Katowice“, with one of its aims

to question the foundational role of perception in understanding their own worlds and the worlds of others.

The project’s initial output will be an exhibition in London, later culminating in a public arts festival in the centre of Katowice, Poland, aimed overall to engage the wider communities of both London and Katowice. Through the various “connections“, the artists are learning from each other, gaining knowledge about culture, history, and creativity. And because the artists are divided by 1,500 kilometres and lacking necessary funds to meet face-to-face, they are keeping this project going largely through sheer will and the use of technology, communicating via Skype, e-mail, and the Internet.

Which brings me to the final point: whether or not the UK remains part of the EU club, we are still part of Europe. No matter how hard things get, especially as an artist or otherwise, we must all stay on the team and in the game.

Find out more about European Union arts and culture bodies/commissions