Stopped by the Tate yesterday to have a look at the new show of sculptures and drawings by 1983 Turner Prize winner Richard Deacon; am I the only one that noticed the resemblance of Deacon’s sculptures to futuristic mite munchies, as seen in Wednesday’s Metro (5 February 2014)…

In the group of Richard Deacon sculptures below, there are three objects not made by Deacon whose main ingredient is crushed bugs… can you guess which three? 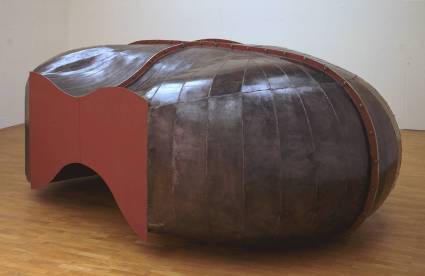 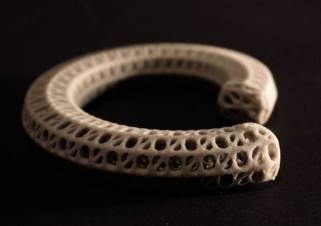